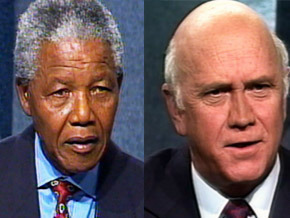 Would Nelson Mandela have made history without Frederik de Klerk? And vice versa? The question is more than pertinent in view of the extent to which the destinies of South Africa’s first black president and the last leader of the apartheid regime are linked.

From the liberation of the ANC leader in 1990 to his election in 1994, and even much later, the two enemies fought a bitter battle in a context of horrendous violence, which left more than 14,000 dead. Through the unrelenting negotiations, and the political and personal conflicts, this film takes us to the heart of the duel that put an end to the most despicable political regime on the planet.