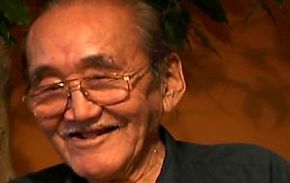 " This documentary is the life story of Eddy Weetaltuk, considered to be Canada's first Inuk soldier.

As a teen, Eddy Weetaltuk wanted desperately to leave his beloved home in the North. Educated by missionaries at a residential school in Fort George, he mastered English, French and Latin, which he added to his other two languages, Cree and Inuktitut.

Despite strong attachments to family, Weetaltuk decided he wanted a better life. So, at 19, he changed his last name to disguise his Inuit origins and went to Ottawa to join the first battalion of Princess Patricia's Canadian Light Infantry. For the next 17 years, he went by the assumed name of Eddy Vital. He believed it was illegal for Inuit to join the armed forces because the government wanted them to stay in the North.

Weetaltuk quickly impressed his superiors in training and on the battlefield, and became known for his sharp eyesight in rough conditions. He praised the army for treating him as an equal which was not the case with mainstream Canadian society who he felt had little respect for indigenous people. After the war was over, he did tours of duty at a military base in Germany, later moving to Kuujjuarapik . He later moved to Umiujaq after his house burned down, destroying his army medals and uniform. "