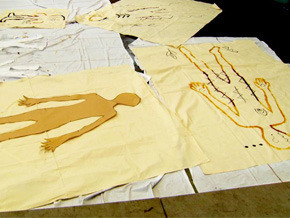 Despite the fact that there have been many changes over time in the way anorexia is viewed on a societal, cultural and medical level, the condition remains an enigma.

This film is presented in the form of an international investigation into the way the condition is evolving and the way in which anorexia and its treatment take on the interpretations of their era.

What is anorexia nervosa? Is it a form of hysteria or psychosis, an addiction or a borderline state? A perversion? A hormonal disorder? A neurological disorder? An eating disorder? A body-image disorder?

For centuries, descriptions and interpretations of the condition - some conflicting, some complementary - have followed on from one another. This illness of mind and body resists any exclusively biological or exclusively psychoanalytical approach. The body, which becomes a battleground, bears the brunt of this relationship and dependency disorder.

The film focuses on the “enigma” of anorexia (the pursuit of maximum thinness) rather than on the wider field of eating disorders, which would include too many diverse notions.