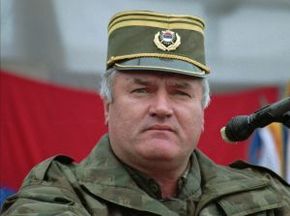 Central to the film is a man with the status of a head of state, Serge Brammertz, prosecutor of the ICTY, the International Criminal Tribunal for Ex-Yugoslavia. His obsession has finally turned into reality with the arrest of General Ratko Mladic, a former Bosnian Serb military leader, responsible for the massacre at Srebrenica, who has avoided genocide charges for the last 15 years.

Patrick Remacle's film takes us behind the scenes of a dramatic event in European history, the last genocide in Europe and the political lessons to be learned from it. On May 26th 2011, Ratko Mladic was arrested and extradited to The Hague.

Serge Brammetz's stubborn determination and hard work has finally paid off. Another step forward for the establishment of a true system of international justice. His trial began June 3rd, 2011.