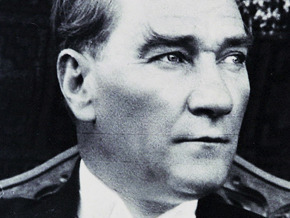 Mustapha Kemal Atatürk, The Birth of a Republic Newly Added

Fractured by the renewal of the Kurd conflict and the ongoing threat of Jihadists from Syria, Turkey is undergoing a period of uncertainty and intense political and social tension. The failed coup d'etat of the night of July 16th 2016 by a part of the army, intended to "restore freedom and democracy" is highly illustrative of the divisions within Turkish society, increasingly subjected to the growing authority of President Erdogan and his Islamo-conservative party, the AKP. So what remains today of the heritage of Mustapha Kemal Atatürk, the founder of the Turkish republic, and a fervent advocate of a secular state and social progress?

Put together chronologically, the film alternates between archive footage and interviews with both French and Turkish historians. Asked to consider the significance of the Atatürk myth, the historians analyze key points in his life, the foundations of his character, the role he played both in Turkish public opinion and within the political parties that still lay claim to him today. A sober narrative then recounts the important historical stages and brings the Turkish issue back into focus.

Mustapha Kemal Atatürk, The Birth of a Republic