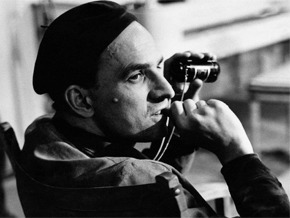 The only director to have been awarded the Palme des Palmes at Cannes, Ingmar Bergman can be seen as the uncontested master of “cinéma d’auteur”. Tarantino, Woody Allen or Michael Haneke regard the director as the absolute film-maker, whose life and work have no equivalent. Ten years after his death, as we prepare to celebrate the centenary of his birth, this film recounts a single year in Bergman’s life. A pivotal year, a crazy year, in which he would die, and then be reborn thanks to his passion for cinema, and one film: Persona.