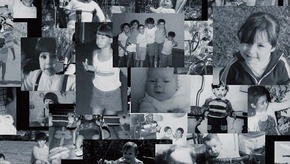 Argentina, the 500 Stolen Babies of the Dictatorship

They are called Rosa Estela, Chicha, Elsa, Chela or Jorgelina. All are ordinary women who together for the last thirty-five long years have fought tirelessly against the state, travelling the world to publicize their cause. They have become symbols of the struggle against oppression and become known worldwide as the Grandmothers of the Plaza de Mayo.

In 1976, a military coup overthrew the government in Argentina. There followed eight years of terrible repression against opponents of the regime. Politicians, students, workers ... were sequestered, tortured and murdered with impunity. The number of missing was estimated at 30,000 during those dark years.

Young pregnant women did not escape the abuses of the military. Shackled and hooded, they gave birth in detention centers such as Esma (Mechanical School of the Navy, in the heart of Buenos Aires). Babies are taken away at birth. Five hundred babies were torn from their mothers' arms by the torturers. The others were given to "good Christian families."

To find one hundred and seven of these children, the Grandmothers of the Plaza de Mayo not only challenged the totalitarian regime but also used genetic identification and the familys' blood as evidence. Who could ever have imagined that the “Blood of Angels” would enable justice to be done after decades of official silence and amnesia?

Argentina, the 500 Stolen Babies tells their story and follows the unique trial in Buenos Aires that these extraordinary Grandmothers of the Plaza de May brought to justice.

Argentina, the 500 Stolen Babies of the Dictatorship