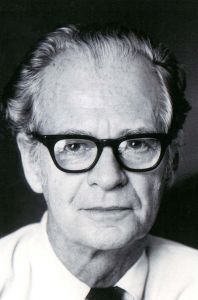 Other than Freud, no psychologist has been so discussed, critiqued and, at times, maligned as B.F. Skinner. Using both archival and new film, this video takes a new look at who the man was, and what he really said in his twenty books.

Like other thinkers who broke new ground, Skinner had to invent his own vocabulary to describe the phenomena he was studying. In this film, his terms are introduced in context so the student understands how they were intended to be used and the research that produced them. The film lays to rest some myths and credits Skinner with contributions not often attributed to him.

Understanding the complex man behind his work enables students to better evaluate the importance and relevance of the work he inspired. Murray Sidman, Ph.D., colleague and thoughtful practitioner of behavioral analysis, narrates.

Also part of the series Giants of Psychology