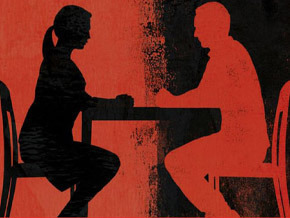 Previously titled: Encounter with My Aggressor)
December 2017. A woman, victim of rape by a stranger in her childhood, finds herself in dialogue with her attacker, 33 years later. The little girl who was raped is the film's director Maiana Bidegain.

This improbable meeting is possible in France because of the 2014 Restorative Justice Law.... Far from being an end point, this Encounter with My Aggressor is only the beginning of her quest, which takes her across the Atlantic, to Quebec where she meets other victims and aggressors, as well as people who were the pioneers in putting this new vision of justice into practice, where everyone must play an active part in repairing wrongs.