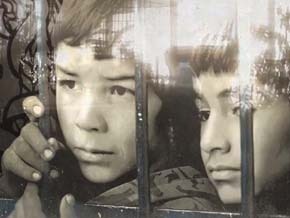 Kabul has fallen. The city and the country (except for the Panjshir region) are in the hands of the Taliban. By abruptly abandoning the Afghan capital, the Western powers sealed their demise in this part of the world, leaving behind those who had believed in their promises. Over the course of three long months of immersive filming in Kabul (January, September and November 2021), this film chronicles one year of transition from the "Islamic Republic of Afghanistan" to the "Islamic Emirate of Afghanistan".