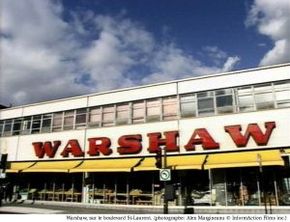 Warshaw on the Main

Warshaw on the Main is a slice-of-life film about the people who inhabit Warshaw, the unusual supermarket-turned-import-bazar on boulevard St-Laurent. Run by its founding family, Warshaw has been a neighbourhood stronghold since the thirties and became a symbol of the Main, one of Montreal's most vital and culturally diverse areas. It is its own microcosm, defying every supermarket rule of thumb, except the one which said customers should feel the human touch.